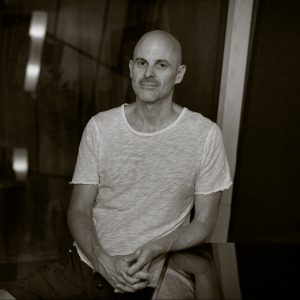 A successful Media Composer for over thirty years, Steve has composed widely for television and radio specialising in Library Music. His clients include KPM Music, EMI Production Music, Cavendish (as Steve Adams), West One Music Group, Score/BMG and Universal (as Steve Adams).

A self-taught multi-instrumentalist, orchestrator and producer, Steve’s genre-crossing compositions have been used extensively across all international media for decades.

As a teenager Steve started out at EMI Music Publishing as a keyboard player and programmer for the successful songwriter Lauren Christie. Whilst working on advertising campaigns, television series and West End theatre shows, Steve honed his skills as a programmer and tracking engineer. This early experience both with live musicians, and in the studio was to prove invaluable as he became established as a composer and music producer in his own right. Steve has since worked extensively with other composers through his company GALAPAGOS MUSIC.

In 2013 Steve began work on his first solo record entitled TONIC.  These  multi-layered compositions feature a 17-piece band and string section due for release soon.

Over the years Steve has worked closely with the saxophonist and composer Mark Lockheart. 2019 heralds the release of Lockheart’s epic orchestral record DAYS LIKE THESE – recorded at British Grove Studios, which Steve was proud to co-produce and mix.